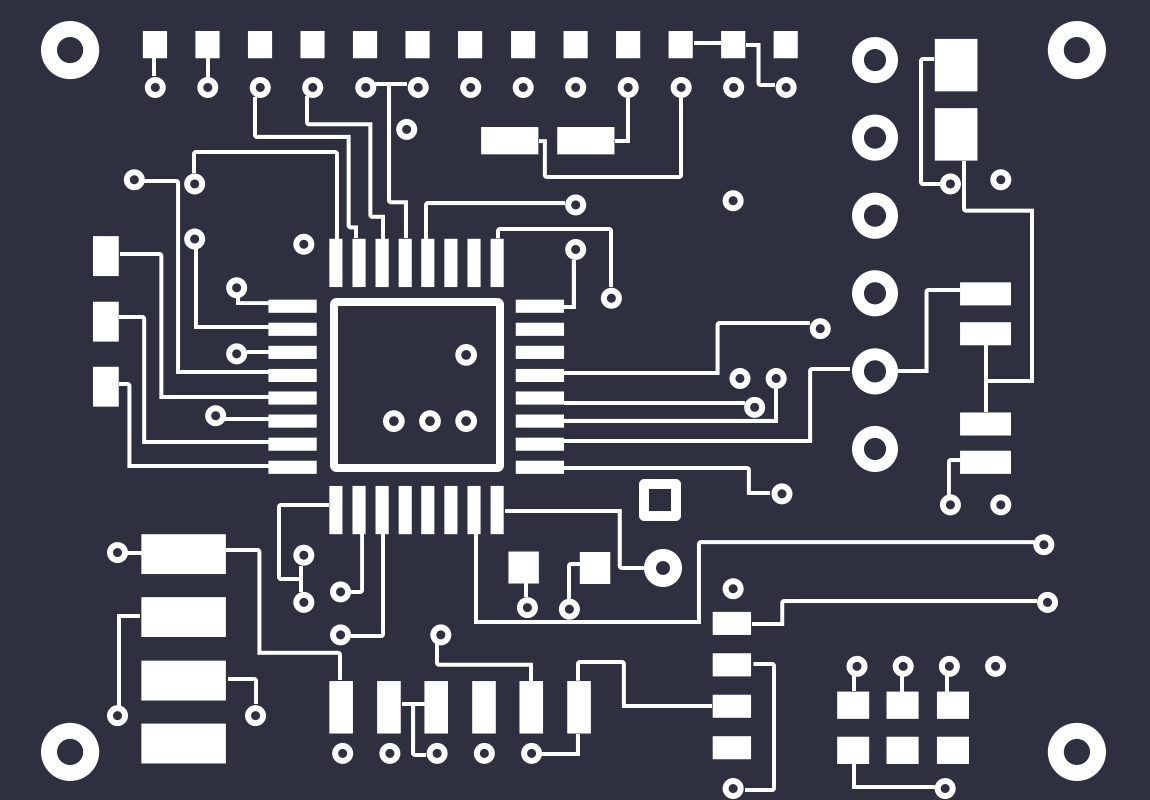 A Breakout and Isolator board for the Raspberry Pi Zero WH

I often have a Pi Zero WH plugged into my PCB designs. When debugging such designs it is often useful to be able to isolate certain GPIO pins from the main PCB, and also to be able to tap into those GPIO pins with a multimeter or oscilloscope.

This breakout/isolator board can carry a Pi Zero WH while plugging into whatever a Pi Zero WH plugs in to. At the same time, all the GPIO pins are made available as headers, laid out in "standard" Pi GPIO layout (Because Pi Zeros are plugged into PCBs "upside-down" the inverted layout confuses me to no end, hence I've used the "standard" layout consistent with regular Pis or a Pi Zero WH "facing up").

Each GPIO pin is featured as 4 header pins. Removing the "jumper" from the center two pins isolates that GPIO pin from the main PCB being debugged. A header pin to the left and right allows tapping into the PCB side and Pi side of that GPIO signal.

I've also made the GND pin available on a number of extra headers; this can be useful if you need to short a GPIO pin to ground for example with a jumper wire. There is also a pad where the crocodile clip from an osciloscope's probe ground can be clipped to. Finally, 3V3 and 5V0 from the Pi are also made available.