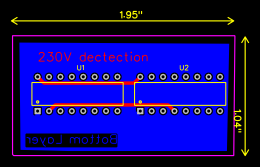 Criminology is a social science that presupposes an array of different criminal activities that emanate from the law offenders’ mental disorders. Specifically, it means that the deviations from normal social behavior, which result in prosecution, are strongly connected with the scope of criminology. In this context, it is reasonable to mention homicides marked with serial frequency as they reach a substantial level. However, criminology research not only elucidates the consequences of serial murders, but also concentrates on its manifestations. Presumably, serial murders preserve the obvious links to sadism as cruel behavior with obvious disastrous effects seems to be the strand of the underlying homicide. Despite the fact that mental illnesses are usually marked with certain controversies and issues regarding the circumstantial background, it is necessary to note that mental disorders may result in sadism and lead to the murders with serial frecuency. The link between sadism and serial murders can be justified by means of reviewing an extensive body of literature that sheds light upon the methods serial killers use in order to satisfy their needs that are out of the ordinary. However, the essence of serial murders necessarily involves a great degree of specificity. This specificity accurately distinguishes the crimes committed by the same offender, and allows the criminologists to select individual features that characterize this offender and promote their investigation and exposure. Researchers who explore the underlying issue relate sexual sadism to violence and frequent homicides. Fedoroff (2008) enlarges upon the fact that most serial killers are sexually motivated. It leads to the assumption that serial killers’ actions are sadistic in nature, and they include tying up, raping, and other deviant acts. Although sex is not an obligatory component of sadism, the brutal offences usually have terrible effects on the victims’ body. Eventually, they are accompanied by the desire not to be prosecuted, which leads to the acts of killing. Homicides become frequent when sadists satisfy their sexual arousals or other desires. Interestingly, the study conducted by Hill, Habermann, Berner and Briken reveals that “…sexual sadism, voyeurism, antisocial, sadistic and schizoid PDs were found more often in multiple sexual murderers”. It means that sadism is directly related not only to the single killings, but also to the crimes committed by the serial killers. However, the researches illustrate that “not all sexual killers are sadists”. Evidently, no more than 75 percent of serial killers are marked with sadistic tendencies. Marshall and Kennedy lay an emphasis on the assumption that “Sadism, then, may be a common feature of most sexual murderers but is neither distinctively associated with sexual homicide nor is it present in all these killers”. Regarding the treatment of sadism, it must be concluded that despite the existence of different myths and ideas, there is a chance to treat or avert the risks of sexual deviations. Although Fedoroff and Moran do not provide the exact methods of treatment, they emphasize that scientists who believe that sadism is not treatable should rigorously review their options as it is nothing more than a myth. In conclusion, the link between sadism and serial murders is evident as psychological deviations accompanying both the former and the latter seem to make them supplement each other. It means that the underlying link can be easily justified and proved. The options of treating sadism are not the issues that can be easily discussed as the individual peculiarities of each case, including causes and effects of the committed crimes, should be taken into account. That is why, sadism and serial murders should be considered through the particular prism that would combine their characteristics. About the author: Isabella Jones is a master in English philology and philosophy at California University. Isabella is currently working as one of the best writers at the air raid pearl harbor book summary She also studies feminine psychology.