As Linux OS have become one of the most popular opensource OS for Servers and Desktop, many software will release a linux version . It also applies to the circuit design software .Since we are using the Linux as our Operationg System , and We would like to search some Circuit Design Software Based On Linux .

So let me introduce some types of Circuit design software in order to make readers more esaily choose their favorite Linux-based software .

1.EasyEDA . As a cross-platform Circuit desgin software , which is used on the browser and stored on the clound server . EasyEDA provides shematic capture , pcb layout , spice simulation and online pcb order functions which will give you an easy EDA design journey and make your circuit design work more easily and more productively . You could run it on windows , mac , linux or android platform ,as long as there is one brwoser on the OS and connecting to network.

Let me have a preview of what EasyEDA provides :

Here is a screenshot of one scheamtic : 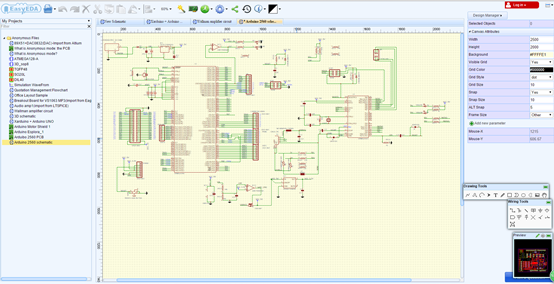 There are many spice simulation tools such as Multisim , Proteus, Ltspice , KtechLab .

EasyEDA provides many simulation models and the quick way to building models for Integrated circuits . 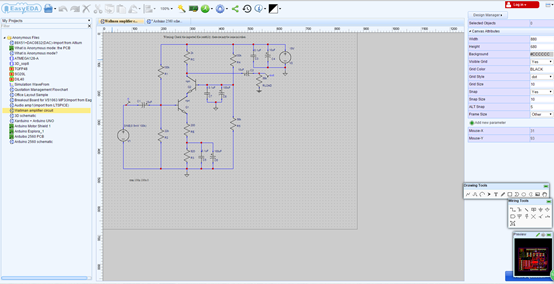 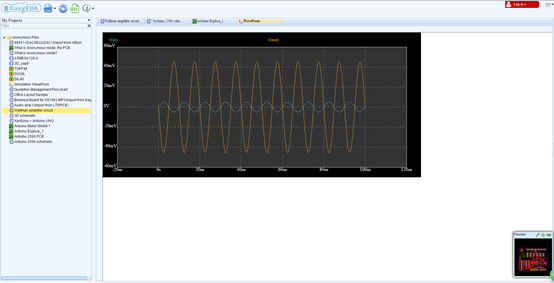 This is the way to produce the PCB board and the basic tool.

EasyEDA provides laying out unlimited pads , size of the boards , and more than 6 layrers of PCB Boards. 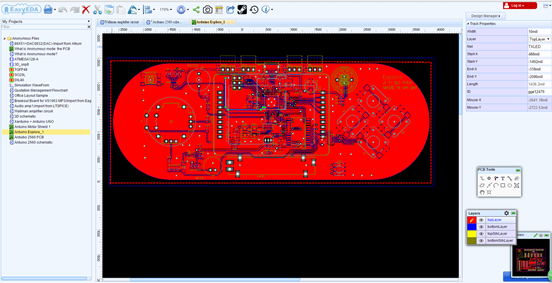 EasyEDA provides online ordering PCB. When completing your Circuit PCB Design , if you do not want to spend much time on making your own PCB , you could order online PCB .

The second most popular software running on linux I would like to introduce is DipTrace .

DipTrace is an EDA software for designing schematic and PCB boards .

It is based on Windows ,Mac , Linux .

There are some basic Features about DipTrace :

There are five modules for DipTrace . 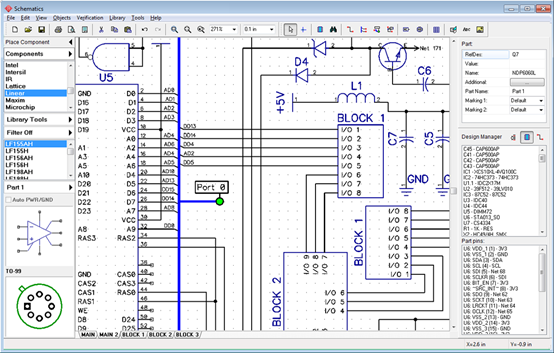 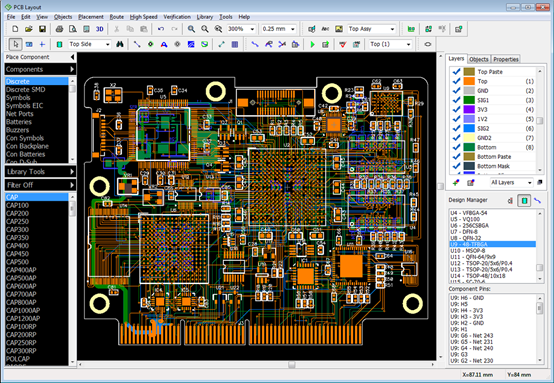 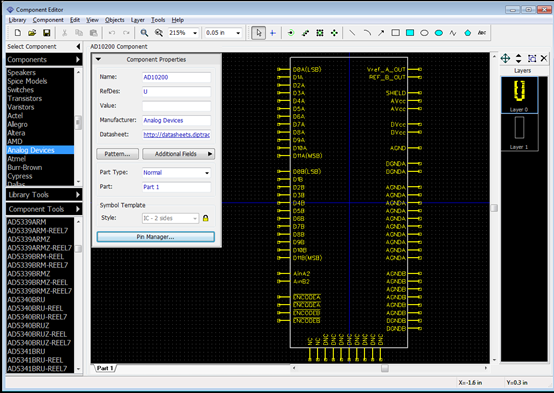 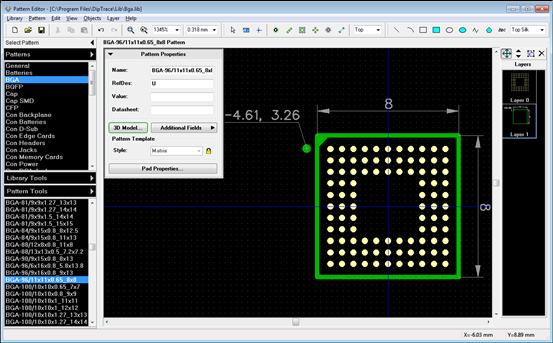 gEDA is so important for it is firstly started in an effort to remedy the lack of free software EDA for Linux/Unix . And one of the long standing goal for gEDA is to provide a suite od EDA application for Linux .

All applications in the gEDA suite compile and run on Linux. So it is the software that I could not miss on introducing circuit design software on Linux. 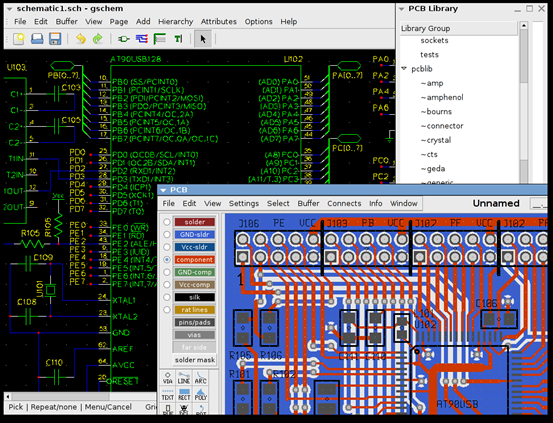 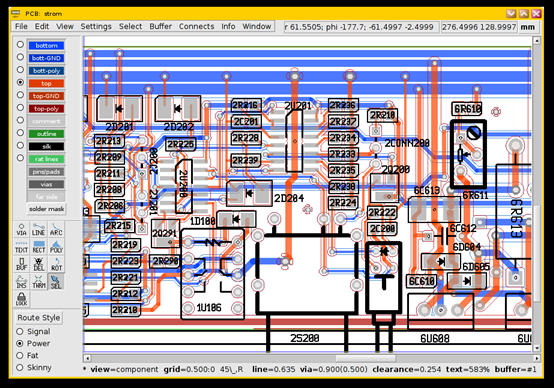 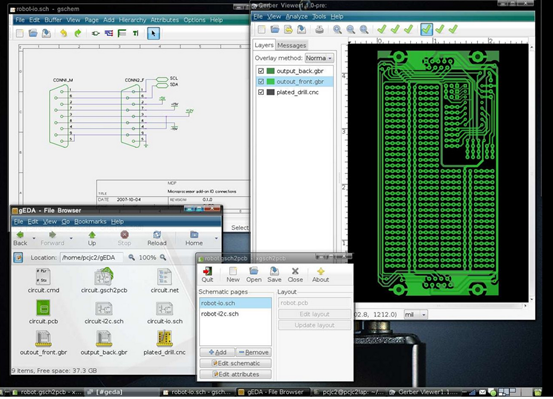 Here I should have to mention the term “gEDA Suite”.

The term“gEDA”refers to all free software projects and applications that have asscioated with the gEDA project .

· ngspice - a port of Berkeley SPICE

· gaw - An analog waveform viewer a rewrite of gwave. Works with gspiceui.

For the importance of Linux to electronic design ,the open-source developers recognize it many years ago , and the gEDA is the proof of their early insight .

The gEDA Project remains a federation of software tools developed by different (but sometimes overlapping) programmers.

The thread which holds the project together is the shared vision of creating a powerful, community-based, open-source EDA toolkit.

It give you the ability to setup a circuit with graphical user interface and simulate the large-signal, small-signal and noise behaviour of the circuit.

Qucs supports a growing list of analog and digital components as well as SPICE sub-circuits. It is intended to be much simpler to use and handle than other circuit simulators like gEDA or PSPICE. 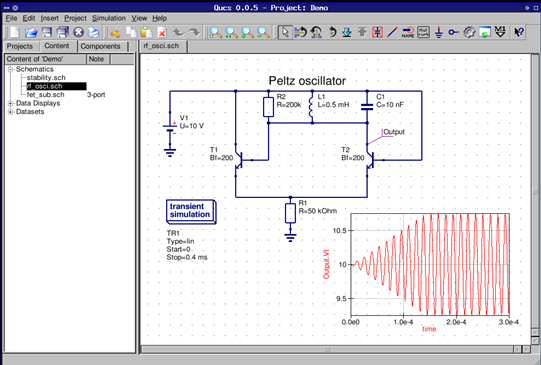 Now let me introduce a very-large-integration layout tool originally written by John Ousterhout his graduate students at UC Berkeley during the 1980s.

As a free and opensource software ,subject to the requirement of BSD Licence ,Magic continues to be popular because it is easy to use and easy to expand for specialized tasks .

Magic is widely cited as being the easiest tool to use for circuit layout, even for people who ultimately rely on commercial tools for their product design flow. 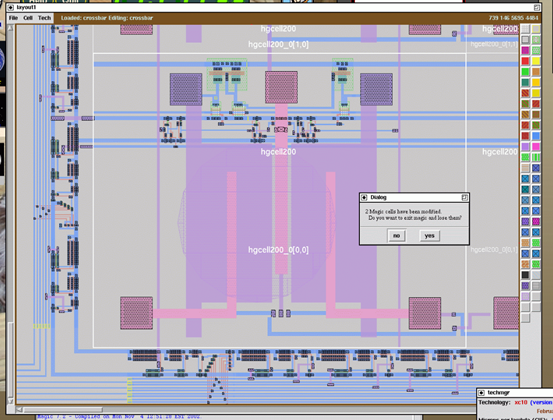 So far I have recommend several circuit design tools on Linux .

There are also Kicad ,eagle ,Fritzing,Open Circuit Design, and some other kinds of software that can run on Linux .

As for the restriction of article length, Here I do not list all the circuit design software with detailed descriptions .

I'm using KiCAD all the time. It's easy and convenient. However, when I worked on my projects in a workshop, I used Fritzing, I then was busy with the 555’s Arduino based tools. Any contrast paragraphs or cheap essays about Fritzing vs KiCAD?